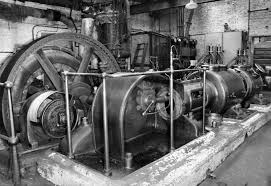 Today, after US District Judge Lee Rosenthal declared Harris County's misdemeanor bond schedule to be unconstitutional, three-quarters of the county's 8,700 inmates are in jail awaiting trial. Think about that for a second. There are more than 6,000 people behind bars who haven't been convicted of anything.

This process came to light when three Harris County magistrates, Eric Hagsteette, Jill Wallace and Joseph Licata III, during disciplinary hearings before the State Commission on Judicial Conduct. The complaints were filed by State Sen. John Whitmire (D-Houston). During the hearings the magistrates told commissioners that they were instructed by judges not to grant PR bonds.

The following district court (felony) judges instructed magistrates not to grant PR bonds on cases assigned to their courts:


Each of these judges systematically deprived defendants of bond. Yes, in some cases, individual decisions to deny PR bonds - or bond in general - was correct given the nature of the allegation and the criminal history of the defendant. But, making it a blanket policy to deny PR bonds without taking into account the individual circumstances of each defendant is wrong - and it is a systematic denial of justice.

"The young black men - and it's primarily young black men rather than young black women - charged with felony offenses, they're not getting good advice from their parents. Who do they get advice from? Rag-tag organizations like Black Lives Matter, which tell you, 'Resist police,' which is the worst thing in the world you can tell a young black man... They teach contempt for the police, for the whole justice system."

Judge McSpadden even made a point of defending his position by blaming movements like Black Lives Matter for the problem. He hits all of the dog whistle talking points in his statement without taking into account the institutional racism found in law enforcement, police brutality and violence against unarmed black and brown men or the capricious nature in which bond decisions are made in Harris County.

No, Judge McSpadden, the contempt people of color feel for the criminal (in)justice system has more to do with the acts of those in charge of the system and the systemic racism inherent in the way our courts operate. Denying PR bonds to defendants because of the color of their skin or without regard to their ability to post bond breeds contempt for the system.