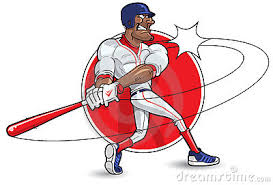 This has been a busy week and I felt like talking about something other than the law today, so here we go. Last Saturday night I took my girls to go see the Astros play the Padres.  It was a defensive duel through nine innings that ended with the Astrols winning on one of the flukiest plays I've ever seen.

But what I wanted to talk about was what happened when the Padres were at bat in the top of the 5th innining in a scoreless game (played with a DH since it was in Houston). The lead-off hitter for the Padres reached second on a ground-rule double. Not bad - man on second, nobody out. The next batter laid down a bunt and moved the runner to third with one out. The runner on third took off toward home and was caught in a rundown when the third baseman fielded a grounder. The batter advanced to second. So, after a sacrifice and a groundout, San Diego was in the same situation they were in before with a man on second - but now there were two outs. Gerritt Cole struck out the next batter and the Astros were out of the inning.

The following day the Texas Longhorns were hosting the Baylor Bears. Going into the top of the 7th, Texas was leading 3-1. Baylor got the first two batters on base with nobody out. The next batter squared to bunt. He bunted up the third base line and the Longhorn third baseman threw out the lead runner at third. The next batter flew out. Baylor now found themselves in a familiar position - men on first and second, only this time there were two outs. After a wild pitch the Longhorns got the third out and escaped unscathed. Texas went on to win the game and sweep the series.

In both instances the manager were wrong.

As Billy Beane pointed out in Moneyball, outs are precious commodities for a baseball team. You only get 27 of them -- and then only three at a time. Throwing one away and getting nothing for it in return is a bad tactic - especially when we're talking about two games in which DH's were used.

I can understand a manager calling for a pitcher to lay down a bunt to advance a runner since the pitcher is extremely unlikely to get a hit, but when the pitchers aren't batting it makes little or no sense to send a batter into the box for the sole purpose of squaring up and laying down a bunt. In both games, it would have made infinitely more sense to send the batter to the plate to swing away.
Posted by Paul B. Kennedy at 1:00 PM

I believe int old baseball adage that says that if I get one run you have to get two to beat me. Managers made the correct baseball decision in both instances.

There is another, more apt, adage. When you play to score 1 run, you score 1 run.