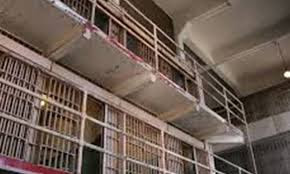 In its never-ending quest to make prisons as inhospitable as it can (just because it can), the State of Texas spent $7 million fighting a lawsuit over the installation of air conditioning at a prison unit near College Station, Texas. Inmates filed the suit in 2014 arguing that the conditions in the prison during the summer violated the 8th Amendment's prohibition on cruel and unusual punishment.

The inmate suit pointed out that 23 inmates had died of heat stroke since 1998 including 10 who died during a heat wave in 2011.

The state wasn't having any of it. An expert hired by the Texas Department of Criminal Justice estimated that it would cost $20 million to install a/c at the prison. After a federal judge told Texas that the conditions were unconstitutional, the cost to install the a/c suddenly fell to a mere $11 million.

Under pressure to settle the case, lest the damages spiral out of control, TDCJ revised its estimate to install a/c down to $4 million. The estimate had come in so low that TDCJ has asked the legislature for more money to install a/c at a unit housing developmentally challenged inmates.

So, to recap, the geniuses running this state spent around $7 million dollars to defend a lawsuit when it only would have cost about $4 million to install the air conditioning system. Why was the state fighting the suit in the first place? Why would you spend almost three times as much to defend a lawsuit as it would cost to do what was asked of you?

This is fiscal responsibility for conservatives in Texas. We would rather spend a shitload of money so we don't set a precedent by doing the right thing. Then, when a loss is damn near guaranteed, we'll concede that we lied from the get go about the cost and we'll do the work.

So, Greg Abbott, what have you to say for yourself? What other uses were there for $11 million?

So, Dan Patrick, what have you to say for yourself? You're the one who's supposed to be the fiscal conservative, yet you set $11 million on fire to prove a point. You were a blowhard when you were the sports anchor at KHOU (and how I wish I could find footage of the time you painted yourself blue for an Oilers playoff game) and you're still a fucking blowhard today.

So, Ken Paxton, what have you to say for yourself? I understand it can be difficult to do your job when you're constantly fending off indictments and ethics charges, but surely a wingnut like yourself can't condone the waste of $11 million.

And, more importantly, why do we have prisons units in this state not equipped with air conditioning? What purpose does that serve? The men and women in these units are still human. They may have done things we find repugnant, but they still deserve to be treated better than animals. Making life as hard as possible for inmates does nothing for them when they are released back into society. But, hey, the inmates don't have a powerful lobby so we'll just make life hell for them until they file a lawsuit against us.

You think we'd know better by now.
Posted by Paul B. Kennedy at 8:00 AM