There's got to be a better way 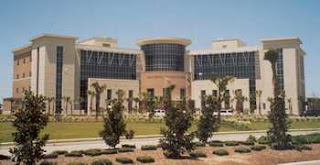 While there is plenty to gripe out with regards to the manner in which the wheels of justice creak in Harris County - there are some aspects of our system that seem to be a bit more efficient than that of our neighbors to the south.
Harris County uses what's called a direct filing system. This means that whenever a person is charged with a criminal offense, once that charge is entered into the Justice Information Management System, a case number and court are assigned. Once that information is assigned an attorney can call the Harris County D.A.'s Office and speak to the prosecutor assigned to that case.
Now don't get me wrong. I enjoy practicing law in Galveston County. It's usually a nice change of pace and I get to deal with a different cast of characters. However, the wheels of justice have fallen off the cart when it comes to felony cases on the island.
When a person is charged with a felony offense on the island, their case is assigned to a court -- but in theory only. The case first goes to the prosecutors on the felony jail docket who are supposed to make initial offers to those folks unfortunate enough not to figure out a way to get bailed out of the county jail. If the case doesn't settle at the jail docket, the file is passed along to the grand jury prosecutors to seek an indictment - a process that moves about as fast as a meandering creek in West Texas. It isn't until after the case has been indicted (which can take 60 days or more), that it is assigned to a courtroom prosecutor.
In the meantime the attorney is lucky if he can find anyone in the DA's office with whom to discuss the case. Add to this the fact that the initial court setting is set about six weeks after the felony jail docket setting, and you're left with a defendant sitting in limbo.
It is time for Galveston County to reform the manner in which felony cases are handled so that defendants aren't sitting in the jail for up to six weeks waiting for the opportunity to resolve their cases.
Ideas, anyone?
Posted by Paul B. Kennedy at 2:07 PM

This sounds like excellent cause for any affected suspect to sue for violation of his constitutional right to a speedy trial and demand dismissal of the charges (or habeas corpus if no charges have been filed because of the delay).

What have I missed?