It ain't gonna fix itself 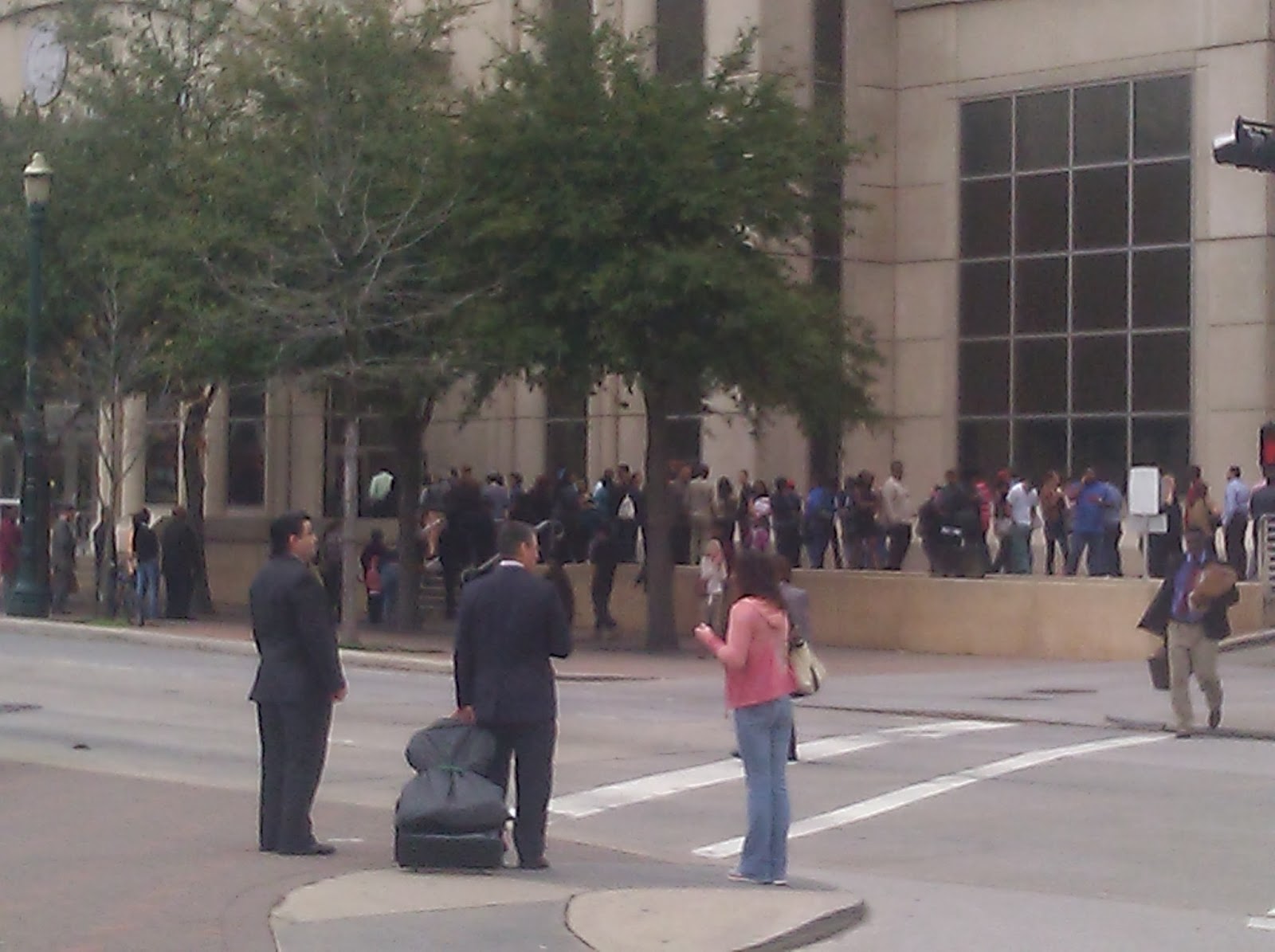 Doesn't there come a time in nearly every project where you stop and wonder if everything is working like it should? And if something isn't working, at some point do you stop and try to figure out why it isn't working?

If there's a pool of water under your refrigerator you don't just pile up a bunch of towels at the base and hope that resolves the problem. Wouldn't you move the fridge away from the wall to make certain that all the water connections are tight and that there isn't a leak in the water line? Common sense, right?

If the air conditioner stops working would you sit around in the sweltering heat and wonder aloud when it will miraculously start back up again? Or do you go up into the attic and check the overflow pan and the breakers? Or even call an A/C repairman? Again, it's just common sense.

So just what the hell is going on at the Harris County Criminal (In)justice Center? The lines have gotten longer. Folks are having to get downtown earlier and earlier to avoid having their bonds revoked for not showing up on time.

The vast majority of courts call the morning docket at 9:00 a.m. There are a few that call it at 8:30 and some that call it at 9:30 or so. But the main problem is the sheer number of folks who are required to sit on the wooden benches in the 37 criminal courts in Harris County (and that's not even counting the state jail felony court).

Do the judges have no clue what the outside of the building looks like in the morning? Do they have no grasp on the sheer arbitrariness of which elevators work from day-to-day?

I took the picture above yesterday at about 9:15 in the morning. Most of the folks in line (and the photo only shows one of the two lines) are running a very serious risk of losing their bonds and being taken back to jail for showing up late.

The system is broken, people. It's time to acknowledge that we have too many people trying to get into the courthouse on a daily basis. And most of those folks standing in line will go to court and sit on a wooden bench while their attorney resets their case.

There's no reason to require that defendant to show up to court. If the defense attorney and prosecutor reach an agreement for a plea, just set the case on the court's plea docket and bring the defendant back for the plea setting.

Just yesterday I was in court on a DWI case in which the police got a warrant and forced my client to submit to a blood draw. The case is three months old and the blood test results still haven't come in yet. But my client had to come to court yesterday just to sit around and wait. Why?

Why not schedule a defendant's second appearance some 90-120 days after the initial setting. Why make the defendant show up for meaningless court appearances? There's no need for my client to be there until we have the blood test results because the case is not going to plead out.

If that type of scheduling isn't up your alley, how about staggering docket times? Spread them out over the course of the morning. Doing so should allow the rush of folks trying to get into the courthouse ebb and flow. Of course such a plan, unless coupled with my first suggestion, would still require defendants to show up to court for meaningless court appearances.

Some have suggested adding some afternoon dockets for more routine matters. I have mixed feelings about this. I love the idea of afternoon dockets in places like Montgomery County because I don't have to rush in the morning to make the hour-long drive to the courthouse. I'm not so crazy about having to make return trips downtown after lunch.

So, come on judges, let's take a break and try to figure out what's wrong. But don't leave out the major stakeholders in the operation of the courthouse. Judges, prosecutors and defense attorneys need to sit down and discuss the various options and decide what makes the most sense for the most people. Something needs to change because what we're doing right now just isn't working.
Posted by Paul B. Kennedy at 7:00 AM

What you are asking is for a judge to show empathy and that is not likely to happen. If the defendant doesn't make it to the invisible parking, through the line, security colonoscopy, and elevator malfunction then it is the defendants fault. I think that the court requires that unnecessary appearance of defendants as a hubris way of making sure defendants are humbled as to who is really in charge.

You hit the nail on the head, Lee.

Thanks for the link.