Calls to lower the legal limit to .05

In the latest step in the never-ending quest to criminalize everything, the National Academies of Science, Engineering and Medicine have called to lower the legal limit for alcohol from .08 to .05. According to the Academy, impairment is present at a much lower level than the law accounts for. 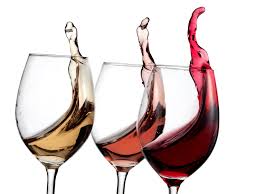 The Academy also calls for mandatory ignition interlocks for all offenders for a period of at least 2 years. It also calls for limits on alcohol advertising and availability. The report calls for stricter measures to prevent people under the age of 21 from purchasing alcohol. The report also calls for more DWI courts and, seemingly as a throwaway, sobriety checkpoints.

For years the legal limit in most states in the US was .10. That was reduced to the current .08 during the Reagan years (so much for federalism). When the National Highway Traffic Safety Administration codified the modern standardized field sobriety tests, the science said that .10 was impaired and the battery of tests could help an officer to decide whether or not he thought a driver was over the limit or not.

When the limit was reduced in the 1980's the testing protocol remained the same because there was no new science to back up the new limit. Now we were told that this battery of tests could help an officer determine if a driver's alcohol concentration was above .08. The reduction in the limit amounted to roughly one drink.

Now, I'm not going to argue that drunk driving isn't a problem. I have always told clients, and prospective clients, that the best way to avoid a DWI arrest is not to drink and drive. Roughly a third of accident fatalities are the victims of a drunk driver. However, as anyone who practices criminal law knows, the vast majority of DWI arrests aren't the result of an accident. Most drivers arrested for DWI were speeding, failed to signal a lane change, swerved momentarily into another lane or had some equipment violation such as a burned out taillight or an expired registration sticker.

Lowering the limit from .08 to .05 is the equivalent of two drinks. This means that that third glass of wine could be the difference between sleeping in your own bed and staying at the Grey Bar Hilton on a Friday night.

The current battery of standardized field sobriety tests can't determine the difference between .05 and .08. Are we going to reduce probable cause for a DWI arrest to the smell of alcohol on a driver's breath?

The most troubling recommendation in the report is for the increased use of sobriety checkpoints. I guess the members of the Academy are unfamiliar with the 4th Amendment. Now I realize that the courts in some states have ignored the 4th Amendment and decided that there wasn't any need for probable cause for a search and seizure but thankfully that hasn't happened (yet) in Texas.

And how are they going to function? Does every driver blow into a portable breath tester? Only the ones who have the odor of alcohol on their breath?  And what happens when a driver refuses to blow into the PBT? The results of a PBT aren't admissible in Texas, if someone blows over a certain amount are they immediately cuffed and taken to a testing facility? Are they asked to perform roadside sobriety tests on the spot?

This proposal would only increase the number of folks caught up in our criminal (in)justice system. That means more people being arrested, having to post bond, hiring attorneys and paying assorted legal fees and court costs. It also means more folks having criminal records. And all of this for behavior which is perfectly legal right now.

Reducing the number of drunk drivers on the roadways is a worthy goal. However, before we criminalize behavior that is now legal and subject many more drivers our criminal (in)justice system, there needs to be some science behind the proposal.
Posted by Paul B. Kennedy at 8:00 AM