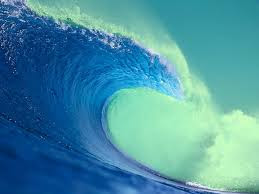 The blue wave hit Harris County (and even our suburban neighbors to the southwest) yesterday. The Democrats swept every county-wide seat, including all of the county civil and criminal benches, the family court benches, the juvenile court benches and every district court bench up for election.

Today should be an interesting day at the courthouse.

Yesterday's results will likely mean an end to the county's lawsuit to fight bail reform. If you'll recall, 14 of the 15 Republican judges were fighting to preserve a system by which poor defendants were coerced into pleading guilty in order to get out of jail. Only Darrell Jordan and Mike Fields, the two African-American judges in the misdemeanor courts, chose the honorable route.

I am sure we will hear quite a bit from a couple of the ousted judges about how much of a revolving door the courts have become since US District Judge Lee Rosenthal issued her ruling. When you hear it, just remember the source.

The judges fighting the lawsuit have cost Harris County over $6 million so far. But, hey, they are all white Republicans and it wasn't their money they were spending.

And, yes, there were some good judges who will be stepping down at the end of the year. But so fucking what? Not one of them was elected because the folks of Harris County thought they were or would be excellent jurists. Not one of them was elected because they presented voters with a vision of how the courts should operate. They took their seats on the bench because they happened to have an R after their name in an election in which the Republican at the top of the ballot won in Harris County.

For every one of these good judges, there was plenty of jetsam and flotsam. As imperfect as our system of selecting judges is in Texas, it certainly beats any of the alternatives. Party affiliations cut down on corruption in the general election because candidates don't have to raise large sums of money (in fact, a judicial candidate doesn't need to spend a dime after winning the primary because he or she will get about the same percentage of the vote as the candidate at the top of the ballot for their party).

I don't think there is anyone who seriously thinks a better system would be to allow the governor to appoint judges who would stand for periodic retention elections.

Good luck to the new judges and may y'all be lamented as good judges done wrong should the pendulum swing back to the right.
Posted by Paul B. Kennedy at 7:06 AM