One lump or two?

Oh, the hypocrisy of those limited government folks never ceases to amaze. As Grits for Breakfast reports, Teabaggers in Smith County (that would be northeast Texas, for those of y'all not in the know), have come out in favor of (yet another) referendum to build a new jail. 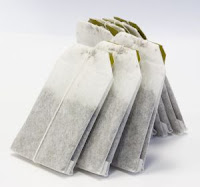 You want to reduce the cost of incarcerating our fellow citizens? How about personal bonds for folks charged with minor nonviolent offenses who have no prior criminal record? How about allowing police officers to issue tickets for possession of trace amounts of marijuana instead of hauling someone off to jail? How about more pretrial diversion programs for folks without criminal records? How about reducing bonds so that defendants don't have to sit around in jail until their cases are disposed of?

The problem with those ideas, though, is that they're logical.
Posted by Paul B. Kennedy at 1:00 PM