Is this the end of the Mack Brown era? 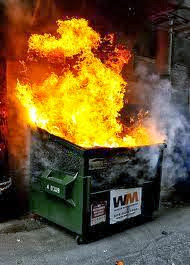 Ah, yes, the 2013 Longhorn football season is going up in flames.

After the blow-out loss to BYU, Mack Brown sacrificed Manny Diaz to the football gods. It didn't work. The Horns looked every bit as lost in the second half against Ole Miss as they looked up in Provo the week before.

Why Manny Diaz still had a job when Texas kicked off the 2013 is a mystery to me. Last year's defense was the worst defense in program history. There were analysts that predicted good things for Texas this season. They based this prediction on the 19 returning starters the Horns would have coming back. They would be the most experienced team in the Big XII this season.

They pointed out key defensive players who would be back after having their 2012 season cut short by injury. But how did that square with the fact that the Longhorn defense was better at the end of the season - after losing those players to injury - than it was earlier in the season?

Greg Robinson was given an impossible job when Mack Brown named him defensive coordinator the day after the beat down in Provo. How on earth was he supposed to come in and rescue a defense that couldn't tackle and was every bit as bad as last year's monstrosity?

The University of Texas gets to cherry pick its recruiting class. Texas doesn't recruit, the saying goes, Texas selects. And that's where there's a disconnect. Year and after year Texas pulls in one of the best recruiting classes - but what happens to that talent? Why isn't Texas competing for the national championship (or even the Big XII title) every year?

Either the talent isn't as good as advertised - or the coaching isn't up to par. Maybe the coach as CEO model used by Mack Brown isn't good enough to make Texas a top tier team year after year. Maybe it's the quality of the assistant coaches. Whichever it is, it all falls on Mack Brown's shoulders.

I don't know if it's time for Mack Brown to step aside. We are now in the midst of four years of mediocrity following the excellence of the Vince Young and Colt McCoy years. When Mack Brown came aboard the program had been mediocre for the better part of two decades. Mack Brown reloaded and built the Longhorns into a machine - winning ten or more games every year for a decade. I don't know if he can rebuild it this time.
Posted by Paul B. Kennedy at 7:00 AM