For those barbecue enthusiasts out there, y'all know that the burnt ends refer to the tips of briskets that have been smoked for hours in a smoker. The burnt ends are tasty little meat nuggets that are crispy and charred and full of smoky goodness.

And, so, here are some burnt ends for today... 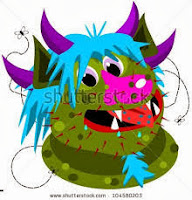 Last week I tried a DWI case in Harris County. Ordinarily I park along the street a couple blocks away from Minute Maid Park and walk five or six blocks to the criminal courthouse. On trial days, however, I park in the county parking garage and take the tunnel into the courthouse so I don't have to worry about rain.

So there I am, pulling my cart behind me, walking through the tunnel complex until I get to the criminal courthouse. I go in the door and down the hallway toward the elevators. There are two elevators that travel to the basement of the building. One is a normal elevator that goes up to the 10th floor (there are 20 floors in the courthouse). That elevator is accessible to anyone.

The other elevator has a keypad next to the call button that only those with county badges can access. That elevator is special - it goes all the way to the top of the building so you don't have to change elevators on the 10th floor.

On this particular day the regular elevator wasn't working so everyone who entered through the tunnel got to use the "employee" elevator. Inside was the elevator troll, er, attendant. On the ground floor someone with the company that provides courthouse security got on. The fun began when the attorney who got on board with me in the basement stepped out of the car in order for someone in back to get out. When he stepped back in the security person asked if he had a badge.

He said that he was an attorney who got on the elevator in the basement and that he didn't have a courthouse badge. She tried to tell him that this was an employees-only elevator and that he was only given the privilege of riding the elevator because the other one was broken. He told her that the elevators belonged to the county, not the DA's office, and that anyone should be able to ride them. She took offense to the logic of his argument, but couldn't come up with anything intelligent to say.

This notion that someone employees of the courts and the DA's office are entitled to special privileges because they work for the county is absurd. We all pay their salaries. We all pay the bills to keep the lights on and the elevators functioning. There is already a vast gulf between those who prosecute crimes and the folks who come in and out of the courthouse on a daily basis. Walling them off further by allowing them to use a special elevator while defendants and defenders wait around in a crowded lobby for the rest of the elevators distorts their perspective even more.

No 163rd Game in Fantasy Baseball

This past weekend was final weekend of the Criminal Defense Lawyers Invitational Fantasy Baseball League. This year's champion - who led it from start to finish - is former Galveston County prosecutor Vik Vij. Mr. Vij left the DA's office during the course of the season to open a criminal defense practice. I think it was because he was afraid he'd be disqualified if he stayed with the DA's office.

Death of a Legend

In 1969 college football celebrated its centennial year. The final weekend of the college football season say two undefeated teams square off in The Game of the Century. President Richard Nixon was on hand in Fayetteville as the top-ranked Texas Longhorns squared off with the second-ranked Arkansas Razorbacks.

For three quarters it looked as though the home team would prevail. As the fourth quarter began the Razorbacks had a 14-0 lead and things were bleak for the visitors.

On the first play of the fourth quarter Texas quarterback James Street scrambled for a touchdown. Darrell Royal then sent the offense back on the field to attempt a two-point conversion. The decision had been made long before Street found the end zone. Coach Royal's gamble paid off and the lead was cut to 14-8.

After intercepting a Razorback pass in the end zone the Horns drove down the field but got bogged down near midfield with a fourth-and-three. Coach Royal called for a long pass to the tight end Randy Peschel. Street delivered the ball, Peschel hauled it in and two plays later Texas scored what would prove to be the winning points.

James Street died yesterday of a heart attack. Rest in pace, James, you will forever be a Texas legend.
Posted by Paul B. Kennedy at 7:00 AM