Travis County District Judge Charles Baird has ordered the posthumous expunction of Timothy Cole's record. Mr. Cole died in prison while serving a sentence for a rape he did not comm 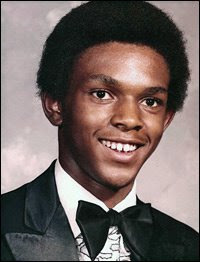 it. Judge Baird called the exoneration the "saddest case" he'd ever handled.

Mr. Cole, a student at Texas Tech with no criminal record, was charged with and convicted for the rape of fellow Texas Tech student Michele Mallin in 1985. Mr. Cole rejected the state's offer of probation in exchange for a guilty plea and refused to confess to the crime before the parole board. He died behind bars in 1999 as the result of complications from asthma.

Assuming that Mr. Cole received a fair trial, fairness does not equate to correctness. Juries get things wrong. It's yet another reason to question elected officials who have toiled to limit the right of inmates to seek post-conviction relief.

DNA tests conducted in 2008 linked inmate Jerry Wayne Johnson to the crime. Mr. Johnson testified in court on Friday that he was the rapist. He apologized to Ms. Mallin and to Mr. Cole's family. Mr. Johnson's attempted confession in 2001 was discarded because the court required physical proof of his involvement in the crime before anyone would consider the exoneration of Mr. Cole.

Ms. Mallin picked Mr. Cole out of a photo array. Of the six photos in the array, five were mug shots and one was a polaroid of Mr. Cole.

Mr. Cole's family, The Innocence Project and Ms. Mallin have all asked that Mr. Cole's name be cleared.

This tragic case brings up so many questions. Why wasn't the rape kit tested before Mr. Cole was tried? How reliable is eyewitness testimony? How much influence does the make-up of a photo array or lineup exert on the eyewitness or complaining witness? And, biggest of all, how many other innocent men and women are there locked behind bars in Texas?

This is the dark side of the due process of law that no one and I mean the state would rather not talk about or even acknowledge.

Thank you for the comment. This is just further proof that a fair process does not ensure a just outcome.