Taking advantage of a second chance

As criminal defense attorneys we are supposed to believe in the power of rehabilitation and that everyone deserves a second chance. At least that's what we profess to believe when speaking to the prosecutor, the judge or the jury about a client we don't think should go to prison.

In our personal lives, however, we don't always practice what we preach in the courtroom. 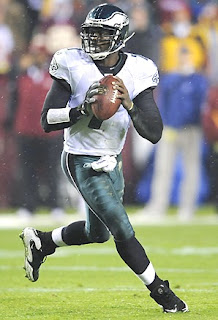 Michael Vick is a polarizing figure. He was sent to prison for his role in an interstate dog-fighting ring. Never mind for the moment whether it should have even been prosecuted as a federal case since Virginia has laws making what Mr. Vick did a crime; Mr. Vick plead guilty and did his time.

When he got out of prison the Philadelphia Eagles gave him a second chance. Ironically enough, it was Donovan McNabb who supposedly petitioned his coach, Andy Reid, to sign Mr. Vick. After playing a token role in the 2009 campaign, Mr. Vick has made the most of his opportunity in 2010.

I have colleagues who still spew vitriol whenever Michael Vick's name is brought up. Need I remind you that there are players wearing NFL uniforms who served time for taking the lives of other people. But where's the outrage that Donte Stallworth is allowed to play after serving all of 30 days in jail after pleading guilty to manslaughter in 2009?