Back in August I took my youngest to her first Longhorn football game in Austin. Since it was a night game we stayed overnight and headed back home after breakfast the next morning. Just to do something a little different we took 290 back to Houston instead of heading down 71 to I-10.

Our drive took us to Giddings, Texas, about an hour outside Austin. Giddings is the county seat of Lee County and has a gorgeous courthouse just off the main drag. 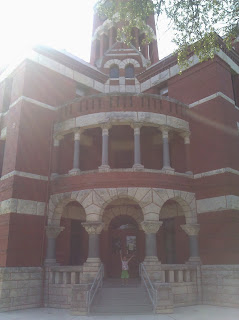 Here's a shot from one of the corners. That's my assistant in the green skirt. 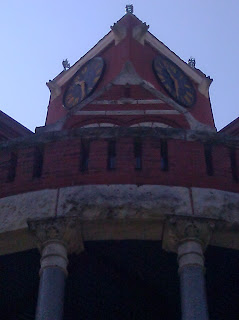 This is a picture of the clock tower. 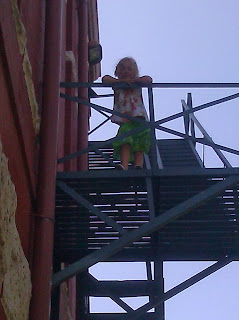 Here's my assistant standing on the fire escape outside the courthouse.
Posted by Paul B. Kennedy at 7:00 AM