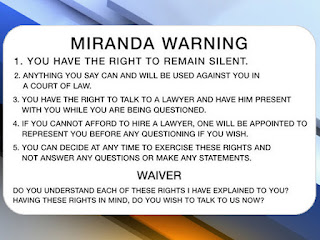 Meanwhile the wheels of our criminal (in)justice system just keep a-chugging along.
Posted by Paul B. Kennedy at 8:00 AM No comments:

This past Wednesday, the state of Ohio attempted to murder Alva Campbell, a 69 year-old who's been on death row since 1997. And, once again, they fucked it up.

On a walk-through of the execution conducted on Monday, prison nurses were unable  to find a functioning vein during a walk-through on Monday. And before I go any further let me say that I can't think of too many things that could be more cruel than making an inmate participate in a dry run of his own execution. The very fact they go through this charade should tell you everything you need to know about why state-sanctioned killing should be abolished.

But when it came time to murder Mr. Campbell, suddenly not one nurse could find a vein. They tried in both arms. They tried his leg. But they couldn't find a suitable vein to pump poison into Mr. Campbell's body.

As another aside, each one of the nurses who participated in either the walk-through or the actual execution attempt should be stripped of their licenses. I don't care how much you may want the money, aiding in the murder of another person is a violation of oath you took when you became a nurse.

After 45 minutes of agony the Director of the Ohio Department of Rehabilitation and Correction, Gary Mohr, called off the execution. My only question to Mr. Mohr is how come it took so long to realize you needed to call it off?

And, while I'm waiting for that answer, maybe someone can explain to me what greater purpose is served by executing an elderly man for a crime that took place 20 years ago.

Murdering an inmate is not a function of rehabilitation and it certainly has nothing to do with correcting behavior. Maybe Ohio should add "and Revenge" into the name of the department.

Gov. John Kasich, who had the opportunity to do the right thing, instead rescheduled the execution for June 5, 2019. Maybe he's thinking Mr. Campbell will make life easier for him and die between now and then. 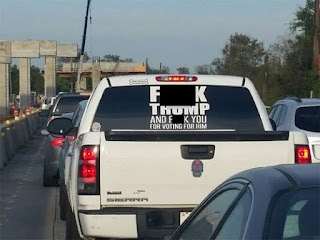 But, in a world where "Blue Lives Matter" is code for "I don't give a shit how badly the police mistreat people of color," what else should we expect. It will never cease to amaze me how much the folks who claim they don't want big government are more than happy to have that same government poke its nose into the business of those who say or do something that is unpopular with the great white mass.
Posted by Paul B. Kennedy at 1:22 PM No comments:

RUBEN CARDENAS, a Mexican national, was convicted of murdering his cousin, a teenage girl from the border town of McAllen. Cardenas' conviction must be tossed, say Mexican authorities and his attorneys, because police violated Article 36(1)(b) of the Vienna Convention on Consular Rights when they failed to notify him of his right to contact the Mexican embassy after his arrest.

Today the Supreme Court told the State of Alabama that it's okay to kill Vernon Madison, who was convicted of the 1985 murder of a police officer. While Mr. Madison is aware that he is being executed because he killed a police officer, Mr. Madison has no recollection of the murder due to a series of strokes he has suffered in prison.

Mr. Madison is 67 years old. He is legally blind. He cannot walk. And he is incontinent.

What is the point?

Other than he is black and we're talking about the Old Confederacy.

Justices Ginsburg, Breyer and Sotomayor wrote concurring opinions. Justice Ginsburg wrote that the question of whether a person who cannot remember their crime should be executed is a question that has never been addressed by the court. She also wrote that she thought the question deserved a "full hearing."

Justice Ginsburg, this was your chance. Just because the issue hasn't been raised before the Court before doesn't mean you have to vote with your colleagues to authorize a state to kill an elderly infirm man. You might as well just tell the victims of a mass shooting that your thoughts and prayers are with them and then move on to the next issue.

Justice Breyer pointed out that the execution of elderly prisoners is one that is likely to arise again and again going forward. He said he didn't think it prudent to develop rules for the execution of the elderly. Instead he wrote that we need to question the constitutionality of the death penalty.

Good for you, Justice Breyer. You had a chance to do just that and you passed. If you were serious about your qualms on the constitutionality of the death penalty you would dissent on every case upholding the death penalty and say why - just like Justices Marshall and Blackmun. But you didn't have the courage of your own convictions so you just went along with the majority.

And if you support the death penalty, that's what you are really supporting.
Posted by Paul B. Kennedy at 2:25 PM 1 comment: