Tomorrow night the State of Texas will murder once again...

BILLY COBLE, 70. One of the oldest people on death row, he was sentenced to death for the 1989 murders of his estranged wife's parents and brother in Axtell. The brother was a Waco police officer. On appear, Mr. Coble asserted that his trial was tainted by perjured testimony, an unfair venue and junk science.

The death sentence was thrown out in 2007 because the Fifth Circuit Court of Appeals held that the trial judge erred in instructing the jury. A new sentencing hearing was held in 2008 and featured the testimony of Dr. Richard Coons who predicted that Mr. Coble would be a danger to those around him - even in prison. The only problem was Mr. Coble had no disciplinary reports after 18 years on death row. Dr. Coons later admitted that there was no peer-reviewed science behind his predictions and that he had his own methodology that he followed.

The state also relied on the testimony of prison investigator A.P. Merillat who regaled the jury with tales of how dangerous Texas prisons could be. He was later found to be an unreliable witness.

In 2010 the Court of Criminal Appeals agreed that the testimony of Dr. Coons and Mr. Merillat should not have been allowed, but upheld the sentence due to the harmless error doctrine.

See: "Texas is Planning an Execution Based on Fraudulent Testimony," ACLU, February 26, 2019, by Brian Stull

Addendum to a botched drug raid 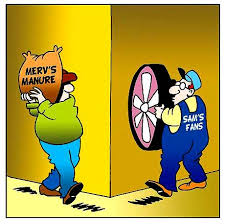 Here is a link to the actual warrant for the botched drug raid. The article states that the warrant had been uplifted to Scribd, but when you check the link you will find that the warrant has been removed from the site. I guess there is a limit to Art Acevedo's transparency when the shit hits the fan.

According to the Houston Chronicle, the police seized 18 grams of marijuana and 1.5 grams of cocaine from the house. That's right, a little more than half-an-ounce of weed and little powder.

So here's my question, did the police kick in the wrong door or did they just flat out lie in the warrant application? It's one or the other.

What say you, Joe Gamaldi?

Anatomy of a botched drug raid

Last month five officers from the Houston Police Department were injured - four were shot - in a drug raid gone incredibly wrong. At the time we were barraged with statements from HPD that the police raided the house, shot the dogs and killed the residents, Donald Tuttle and Rhogena Nicholas, because a confidential informant told them the couple had heroin and guns in the house.

Joe Gamaldi, the head of the local police union, claimed the police had targets on their backs and that he was sick and tired of people claiming the police were the bad guys. He even threatened to keep tabs on those who criticized the police. Woo-hoo! Over here, Joe!

The local media - never ones to look too deeply into any story involving the police - ate it up. The local media never once questioned the reliability of the informant or the rationale behind a "dynamic" entry.

Police Chief Art Acevedo (doing his best to play a prevent defense) told the media that police had received a tip from an anonymous called that there were guns and heroin inside the house. Police then sent their informant into the house to get some heroin. They claim he came out with the drug and a tale the house was a veritable Wal-Mart of heroin.

If anyone knows how this shit works in Houston, it should come as no surprise that the officers went to a judge in the municipal courthouse (where the primary business of the day is traffic court) to find a judge who would sign the warrant without asking any pesky questions about probable cause or the need for a "no-knock" warrant. Needless to say, they found a very pliant judge on Lubbock Street.

Since the jump-out boys were from narcotics, no one was wearing bodycams at the time of the raid. I get it. The last thing the police want the public to see is just how much of a shit show these raids turn into.

And now an unnamed officer involved in the raid has been relieved of duty pending an investigation into the botched raid.

For those of y'all keeping score on this, the search warrant said the police believed that heroin and handguns would be found in the house. Neither were.

If anyone out there has any delusion that the police follow a rigid procedure in obtaining evidence, drafting a warrant application and discussing with a judge why the warrant needs to be served, you may now put your glasses back on and witness just how this process works.

In reality the warrant applications filed by the police - and prosecutors - are fill-in-the-blank cookie-cutter forms where the affiant cuts and pastes the basis of his suspicion. This suspicion can rarely be backed up by anything resembling articulable facts. These affidavits are presented to judges who preside over traffic courts who sign them without raising any questions.

The result is what happened in Houston last month. This should be Exhibit A in a lesson as to why the war on drugs has been an abject failure.

Reigstad, Leif, "A no-knock raid in Houston led to deaths and police injuries. Should police rethink the process?" Texas Monthly (2/12019)