Coogs done in by a weasel 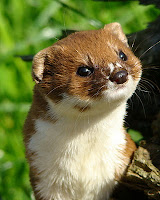 Kevin Sumlin is the latest weasel coach in college football. While his charges, the University of Houston Cougars, were preparing to play in (perhaps) the biggest game in school history, Mr. Sumlin was working on his exit strategy from Cullen Boulevard.

The Cougars had just completed the first perfect season in school history and were hosting the Southern Mississippi Golden Eagles for the C-USA championship. One more win and a trip to lucrative BCS bowl beckoned.

And then the unthinkable happened. The Cougars were blown out in a game in which they were heavily favored. The win sent the Cougars tumbling to a second-tier New Year's Day bowl in Dallas. Instead of millions pouring into the school's coffers, UH will be lucky to break even.

While the players are taught to play to the final whistle and to never give up on the ball, Mr. Sumlin had no problem quitting on his team and hooking up with Texas A&M, who had just fired their football coach after losing to Texas on Thanksgiving night.

In the days following the Cougars' loss, I kept waiting to hear the announcement that Mr. Sumlin was taking his talents elsewhere. I even had a conversation with a friend of a friend who works at UH and he was thinking the same thing. There is little doubt in my mind that Texas A&M already knew that Mr. Sumlin would accept the coaching job when they fired Mike Sherman -- after all, the Ags had been forced to settle on Mr. Sherman after prospective coaches quit answering their phones when Dennis Francione was fired.

You can't serve two masters, Mr. Sumlin. You had a job to do - and while you were supposedly doing it you were working on your next job. You owed it to your players to lead them onto the field against Southern Miss. Only you were thinking about yourself - placing yourself above the team.

You are a weasel, Kevin Sumlin.
Posted by Paul B. Kennedy at 8:00 AM