Sadly one of the lasting legacies of Houston is our propensity to tear down anything that's older than we can remember. Developers in this town aren't too fond of old historic properties (the famous Shamrock Hotel below is Exhibit A).

But someone had a pretty damn good idea. Why not restore the old courthouse to its original splendor? Why not move the 1st and 14th Courts of Appeals from their generic quarters at South Texas College of Law and put them in the old courthouse?

While I was in law school I worked as a clerk for a civil firm. I spent a good deal of time the old courthouse (before the new one opened). It was, in a word, ugly. There were a few hidden gems but, for the most part, all the cool stuff had been sheetrocked over.

The results of the renovations are stunning. The courthouse was built in 1909-1910. It was designed by Charles Erwin Barglebaugh in the Classical Revival style. As part of the renovations, the entrance was returned to the 2nd floor and marble was put back on the walls. 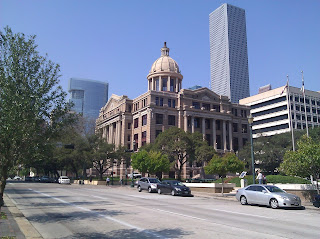 The view from the northeast. 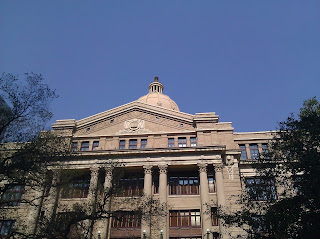 Here's a closer look at the facade along San Jacinto. 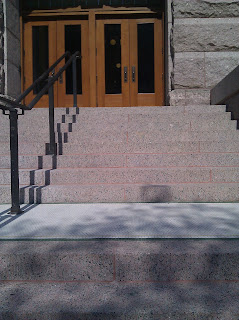 These stairs lead to the new entrance on the 2nd floor. The 1st floor takes you into the tunnel system. 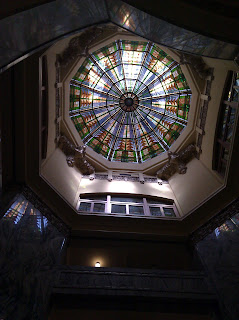 Looking up at the rotunda. This picture doesn't give it justice. 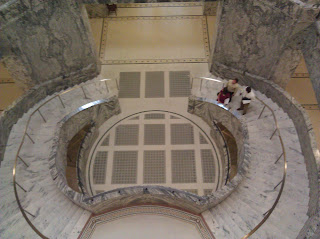 And looking down from up high. This shot gives you a good idea of just how much marble was used in the project. 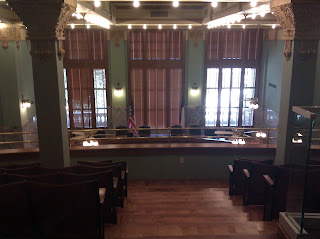 This is the view from the balcony of one of the Courts of Appeal (I'm sorry, it's been a while and I didn't make a note of which court I was in). I think balconies in courthouses are awesome.

We joke from time to time about how badly the government screws up construction and renovation projects. Well, this time they got it right. The 1910 Courthouse is a work of art.
Posted by Paul B. Kennedy at 8:00 AM