I had occasion recently to travel up to Georgetown, Texas to handle a criminal matter for a long-time client of mine. I thought I'd take the opportunity to snap some photos of the courthouse.

For those of y'all who aren't familiar with the area, Williamson County is just north of Travis County. The two largest cities are Round Rock (home of the Express) and Georgetown (the county seat). Georgetown is also the home of Southwestern University. Williamson County is also the home of John Bradley (you remember him, he's the person Gov. Perry appointed to derail the state forensic science commission from investigating the evidence used to convict Cameron Willingham). 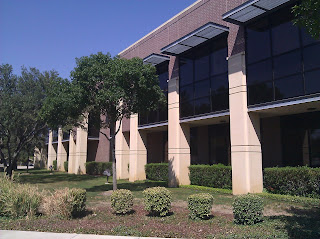 This is the front of the criminal courthouse as you walk up MLK. I was quite disappointed when I saw it was built in the generic-office style. The landscaping was nice, though. 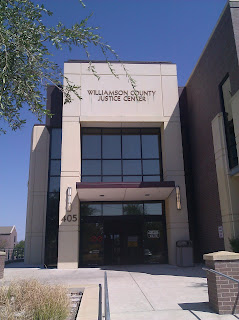 This is the front door. But for that, you'd never know it was a courthouse. 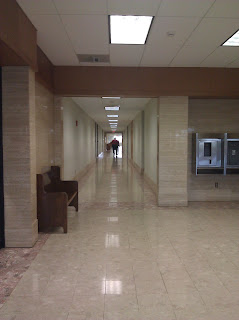 This is the hallway on the second floor. I think you could land a small plane in there. 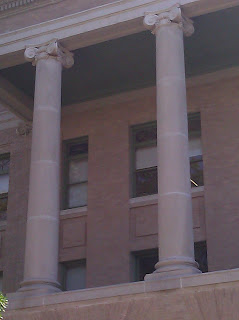 But this is the real treasure of Williamson County - the old civil courthouse. It was built in 1911 in the beaux-arts style. Charles H. Page was the architect. In 2005 the courthouse was restored to the way it appeared in 1911. 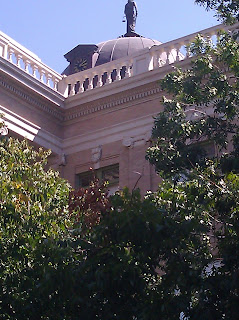 Here's a look up through the trees.
Posted by Paul B. Kennedy at 8:00 AM