Michael Aigen is a business litigator for Lakey Hershman, LLP up in Dallas. I don't know Mr. Aigen, but based on his profiles on Rising Stars he should be rewarded for doing something that a lot of lawyers can't do - not take himself too seriously.

Here is the blurb from his profile in the 2012 edition:

Michael. Aigen is an ordained minister and one of the founding partners of Lackey Hershman, LLP. Although Michael's a licensed attorney  in Texas,  he is more  known  for  his accomplishments as a dungeon  master (DM) in Advanced Dungeons  & Dragons. His in-depth knowledge of the Monster Manual  combined  with deft handling of polyhedral dice has earned him a reputation as a demanding but just  DM. Recently, he has built on this experience and developed  a cult following as a LARP game master, where he has enjoyed being  outside.


Michael Aigen is one of the founding partners of Lackey Hershman, LLP, a national complex commercial litigation firm. He has first-chaired jury trials in state and federal court and argued before the United States Court of Appeals for the Fifth Circuit and the Dallas Court of Appeals. He is kind of a big deal. People know him. He is very important. He has many leather-bound books and his apartment smells of rich mahogany.

And, lest you think I'm just pulling your leg about his profiles in Rising Stars, here's his photo from Lackey Hershman's website. 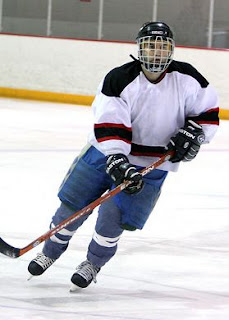 Congratulations, Michael, you are a big deal!
Posted by Paul B. Kennedy at 8:00 AM

Email ThisBlogThis!Share to TwitterShare to FacebookShare to Pinterest
Labels: humor

That's my son! He takes after his father!