All in the name of judicial economy 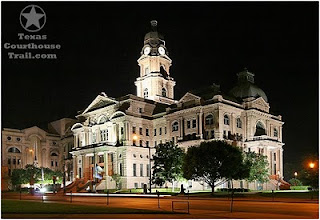 Former State District Judge Robert Gill had a novel method of moving his docket along. In a 14-year period, Gill handled almost 8,000 probation revocations. His method? As he would say, cutting out the middleman.
And who was the middleman? The prosecutor from the Tarrant County District Attorney's Office.
Tarrant County criminal defense attorney William Ray testified under oath in federal court that the judge would negotiate his own plea deals and if a defendant rejected the offer he would hear the case and, if the allegations were proven, order a more severe sentence.
Mr. Ray's testimony came in a habeas hearing that resulted in a conviction being vacated due to ineffective assistance that he rendered.
According to the chief of the criminal division in the DA's office, Alan Levy, the district attorney was well aware of how things operated in Judge Gill's court. He said that even though the practice was not the norm in Tarrant County, the case load moved rapidly and "the sentences seemed to fit the offenses." As it turns out, about 60% of probationers brought before Judge Gill had their probations revoked.
Apparently not too many attorneys complained about the practice, least of all Mr. Ray who pocketed over $1.3 million in court appointments over the last five years. Mr. Ray was also Judge Gill's largest campaign contributor in 2004 -- even though Gill was unopposed.
Robert Gill retired from the bench in 2007 and is a deputy chief with the Tarrant County DA's Office.
For fourteen years defense attorneys allowed this to continue. Why? Was it fear of not getting appointments? Was it fear of pissing off the judge? Was it laziness? Or was it pure cowardice?
Injustice continues only because we stand aside and let it. This is how we've always done things. Don't rock the boat. You've got to go along to get along. This injustice only came to light because Sandra Wilson, a defendant with a history of mental problems, stood up and fought.
Posted by Paul B. Kennedy at 4:04 PM

OMgosh! Wonder how many cases that is going to affect? Amazing how unfair so many judges are. Amazing how dumb so many lawyers are to let this kind of crap go on - 14 years?!

Thanks for the comments.

I don't know what's worse -- what the judge did, the DA's complicity or that the defense attorneys allowed it to happen.

It's quite ironic that Ray's testimony comes out in a hearing in which he was found to have rendered ineffective assistance.

I agree with you, Jela. I have friends who are ADAs but I don't let that affect the way I handle a case. The day you stop fighting for your clients is the day you need to turn in your bar card.

Anyone have the citation for this case?