Vacuum at the top

Earlier this month, after less than a year in office, Harris County District Attorney Mike Anderson died from cancer. He had been out of the public eye since May when he announced he was suffering from cancer and was taking a leave of absence.

In the meantime, former state district judge Belinda Hill, the First Assistant District Attorney, became acting DA. And, over the last four months there has been a complete vacuum on the Sixth Floor at 1201 Franklin. 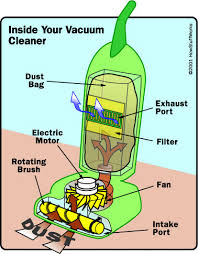 The theme of Mr. Anderson's campaign seemed to be "I'm not Pat." He advanced few ideas on how to fix the perceived problems in the DA's office. Apparently just being one of Johnny Holmes' "boys" would be enough to cure the office's ills.

Aside from his decision that we need to lock up more folks for possession of drugs in amounts so small that there isn't enough to conduct confirmatory tests by an outside lab, he set out to kill Pat Lykos' illegal DIVERT program.

But no one wanted to do away with pretrial diversion for DWI cases - since the program reduced the number of cases taken to trial (and the number of not guilty verdicts rendered by Harris County juries) - so he got rid of the element that made the program illegal.

Under Ms. Lykos' scheme a defendant wishing to enter the program had to enter a guilty plea in open court that could then be used against them should things go south down the road. That made the plan deferred adjudication under a different name - something that is barred by state law. So the Anderson administration did away with the plea and gave the program a new name.

But when questions arose regarding who was eligible and who wasn't and what defendants would be required to do as a condition of their "probation," there was no one around to answer them. No one was in charge. With Mr. Anderson out of the picture, no one wanted to step up and take any heat for unpopular decisions.

And so the program, which in reality is nothing but a contract entered into by a defendant and the DA's office, found itself in a tug-of-war with the judges, the prosecutors and defense attorneys. Judges decided who could apply. Judges decided whether or not to allow cases to sit on their dockets for a year while the defendant fulfilled the terms of the contract.

All because no one was willing to take charge. And let's be honest about it, no one believed that Mr. Anderson would be returning to his office. It wasn't a situation in which Ms. Hill was just keeping a seat warm. She was, for all intents and purposes, the unelected chief prosecutor in Harris County.

State law dictates that if an officeholder dies less than two years into his or her four-year term that a special election must be held at the time of the next general election. This means that Gov. Rick Perry will have to appoint someone to be the interim District Attorney until next November when the voters of Harris County will select someone to fill the rest of Mr. Anderson's term.

Rumors have it that Gov. Goodhair has shopped the position to various folks who have been prominent in the Harris County criminal (in)justice system but that no one has expressed any desire in serving as the temp. It looks like Belinda Hill will get the nod by default. But whatever's going to happen needs to happen fast because so long as no one's in charge confusion will continue to reign at  1201 Franklin.
Posted by Paul B. Kennedy at 7:00 AM