Where were you ten years ago? What were you doing? Who were you hanging out with? What changes in your life have you seen over the last ten years? Who's died? Who's been born? 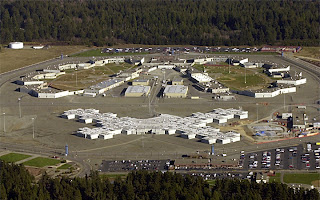 That's when President Bush opened Guantanamo Bay in Cuba as a prison for detainees in the War Against Something Terror. That's when he decided to hold those detainees indefinitely without charges, without bail, without trial.

That's when President Bush said fuck the Constitution. And that's when our representatives and senators in Washington forgot all about that oath everyone took to uphold the laws of the United States.

Sure, it's a dangerous world out there. We all know that. But it's been a dangerous fucking world ever since man first decided to walk upright and venture out of caves.

It was a dangerous world long before 9/11. A good deal of that danger we brought about ourselves by meddling in the affairs of other countries.

Just how safer do you feel knowing that your government has been holding people in prison for a decade without ever bringing them to court? Without ever presenting the evidence it claims to hold against them?

Constantly changing security alerts. Scope and grope at the airport. War in Afghanistan. Feeling safer yet?

So, happy birthday, Guantanamo.
Posted by Paul B. Kennedy at 8:00 AM

Email ThisBlogThis!Share to TwitterShare to FacebookShare to Pinterest
Labels: politics, US Constitution, war on terrorism