On destroying America by digging up Marilyn Monroe 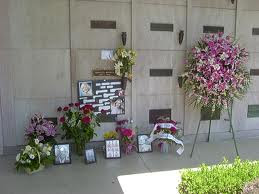 Today's there's yet more evidence that the U.S. War Against Something Terrorism has caused security personnel to misplace their common sense.

Leigh Van Bryan and his friend, Emily Bunting, flew into Los Angeles from Ireland for a holiday. A few days earlier, Mr. Van Bryan had tweeted:


"Free this week, for quick gossip/prep before I go and destroy America."

He had also tweeted that he was going to be in LA for three weeks annoying people and "diggin' Marilyn Monroe up."

Somehow Mr. Van Bryan's messages made their way into the hands of the Department of Homeland Security who weren't too amused. Whether it was his saying he was going to destroy America or dig up the body of Marilyn Monroe isn't clear. But, what was painfully clear over the course of five hours of interrogation was that someone didn't find his humor very funny.

After the interview, Homeland Security reported: "Mr Bryan confirmed that he had posted on his Tweeter website account that he was coming to the United States to dig up the grave of Marilyn Monroe.

"Also on his tweeter account Mr Bryan posted he was coming to destroy America."

The US Customs and Border Protection agency said in a statement that it tried to maintain a balance between "securing our borders while facilitating the high volume of legitimate trade and travel that crosses our borders every day".

It added: "We strive to achieve that balance and show the world that the United States is a welcoming nation."


Okay, I get the anti-terrorism hysteria - after all that's apparently part of the government jobs program. So long as there's a threat of terrorism los federales need to keep plenty of security personnel on the payroll. And it's probably just as well because I think the last thing we need is a bunch of unemployed "scoper and gropers" wandering around the streets of this country.

But let's get real. First, does anyone really think that an Irish bartender was intending to blow up something in America? Second, why does Homeland Security give a flying fuck about Marilyn Monroe's bones? Is her coffin hiding evidence of her affairs with John and Bobby?

There's a lot of information out there on the internet and I'm certain that some of it can provide leads to some folks who are up to no good. But you've got to have context. You've got to use a little common sense. Mr. Van Bryan was coming stateside for a holiday, not to conduct a terrorist operation. The grocery clerks at Homeland Security were too caught up in their own self-importance to understand that.

I've said it before, and no doubt I'll say it again, the world is no more dangerous today than it was on September 10, 2001 - unless we're talking about the exercise of our right to be left alone by the government.
Posted by Paul B. Kennedy at 9:00 AM

I'd be more interested in the crypt above Marilyn. There's an urban legend that the guy in there is face down - courtesy of his friends.