A little side trip on the way to Georgetown

Yesterday was a big road trip day. I had to be out in Sealy in the morning and then in Georgetown (north of Austin) in the afternoon. So, after I dropped my youngest daughter off at her day camp I headed out I-10 toward Sealy.

It didn't take too long to hash out the outline of a possible deal for my client so I had a bit of time to kill. I could've headed up Highway 71 to Austin and found a place to eat before heading up I-35 for court or I could do something a bit more fun.

I chose the latter. I ended up taking the long way to Williamson County by heading all the way out to Luling, Texas for some barbecue.

For my money there are only two ways to serve barbecue. You either do it cafeteria style or you do it meat market style. Luling City Market, of course, serves it up meat market style. You walk in the front door and head straight to the back of the restaurant. Behind a door that asks you to keep it closed are two massive pits. Briskets, ribs and sausage links cover the grates. You buy your meat by the pound and it's served on a big piece of butcher paper with some white bread on the side. Those of y'all who don't eat barbecue religiously probably don't understand why white bread - which is garbage for anything else - is the perfect bread for barbecue.

Since we were in Central Texas the brisket was cooked Central Texas style and that means a rub that relied heavily on salt and pepper. Yummy.

I got a quarter-pound of brisket and one sausage link and headed out into the main dining area to find a table. I then had to go to the counter in the middle of the restaurant to get my beans and sweet tea. 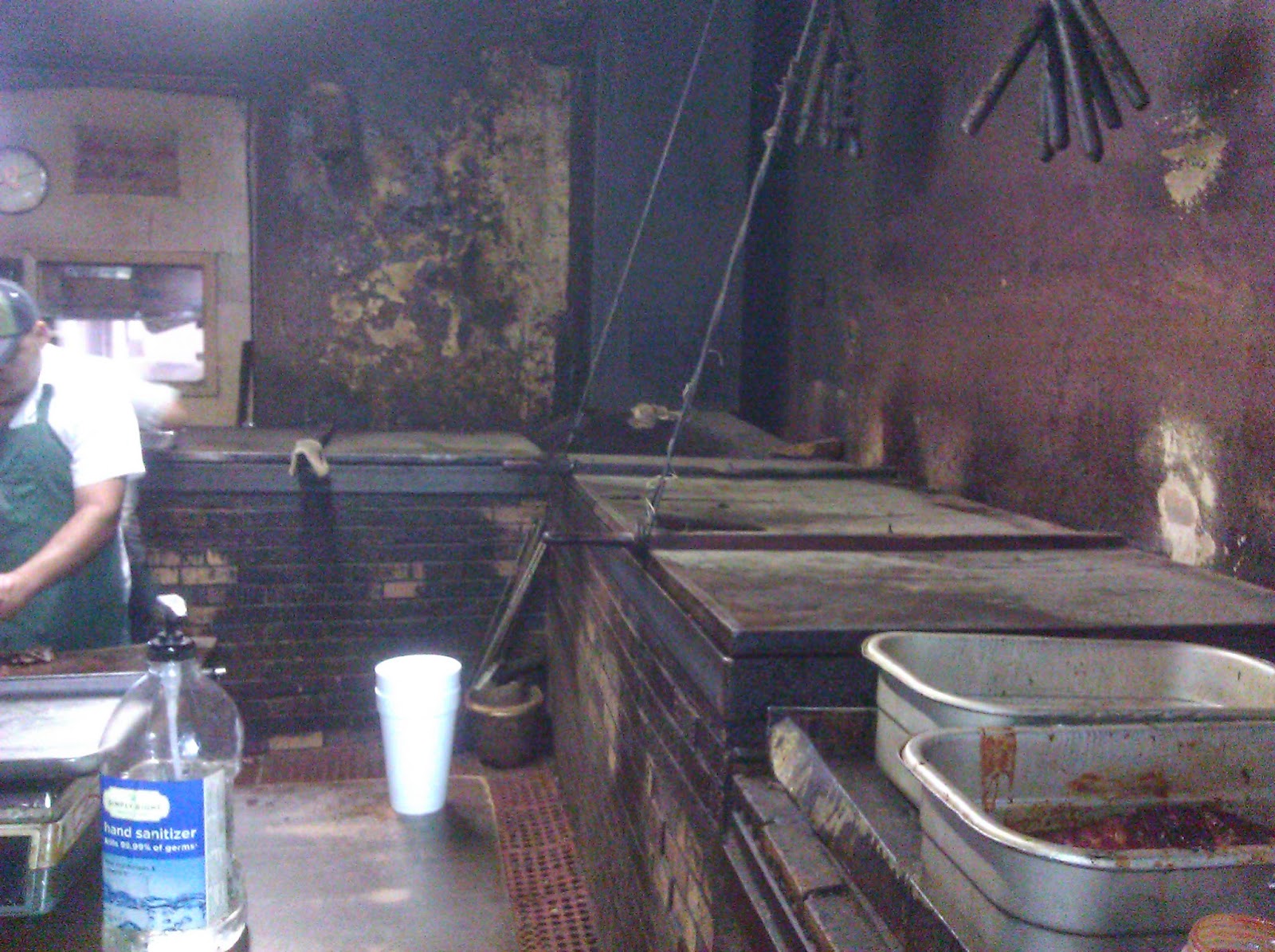 The brisket was very moist with some healthy layers of fat. It had a good smoky flavor to it and, despite its moistness, didn't fall apart upon contact. If you look closely at the picture of the pits you will see a rack of ribs sitting in some sort of sopping sauce (or marinade for you fancy types). I saw one of the cooks pull a wet brisket out of a pan and toss it on the pit. The sausage was lightly packed and exploded out of the casing when I cut into it.

In all honesty, despite Luling City Market's reputation (one Saturday my youngest and I took the long way to Austin so we could pick up some barbecue before the Longhorn game -- the line at Luling City Market was out the front door and onto the sidewalk), it wasn't the best barbecue I've had. Now, make no mistake, it was good but it was just lacking a little something that would've made it great. I was a tad bit lucky as I arrived about 11:30, right before the lunch rush descended like a pack of locusts.

It turned out that my little detour really didn't take much longer than the direct route up Highway 71 thanks to Rick Perry's pet toll road - Highway 130 - that runs from just outside San Antonio all the way up to Dallas to the east of I-35. Few folks use the road and the operating authority is swimming in red ink. On the other hand, from Lockhart to just south of Austin the speed limit on the road is 85 and from Austin to Georgetown it dropped down to 80. In other words, it's the freaking Central Texas Autobahn.
Posted by Paul B. Kennedy at 7:00 AM