Happy Fourth (or not) 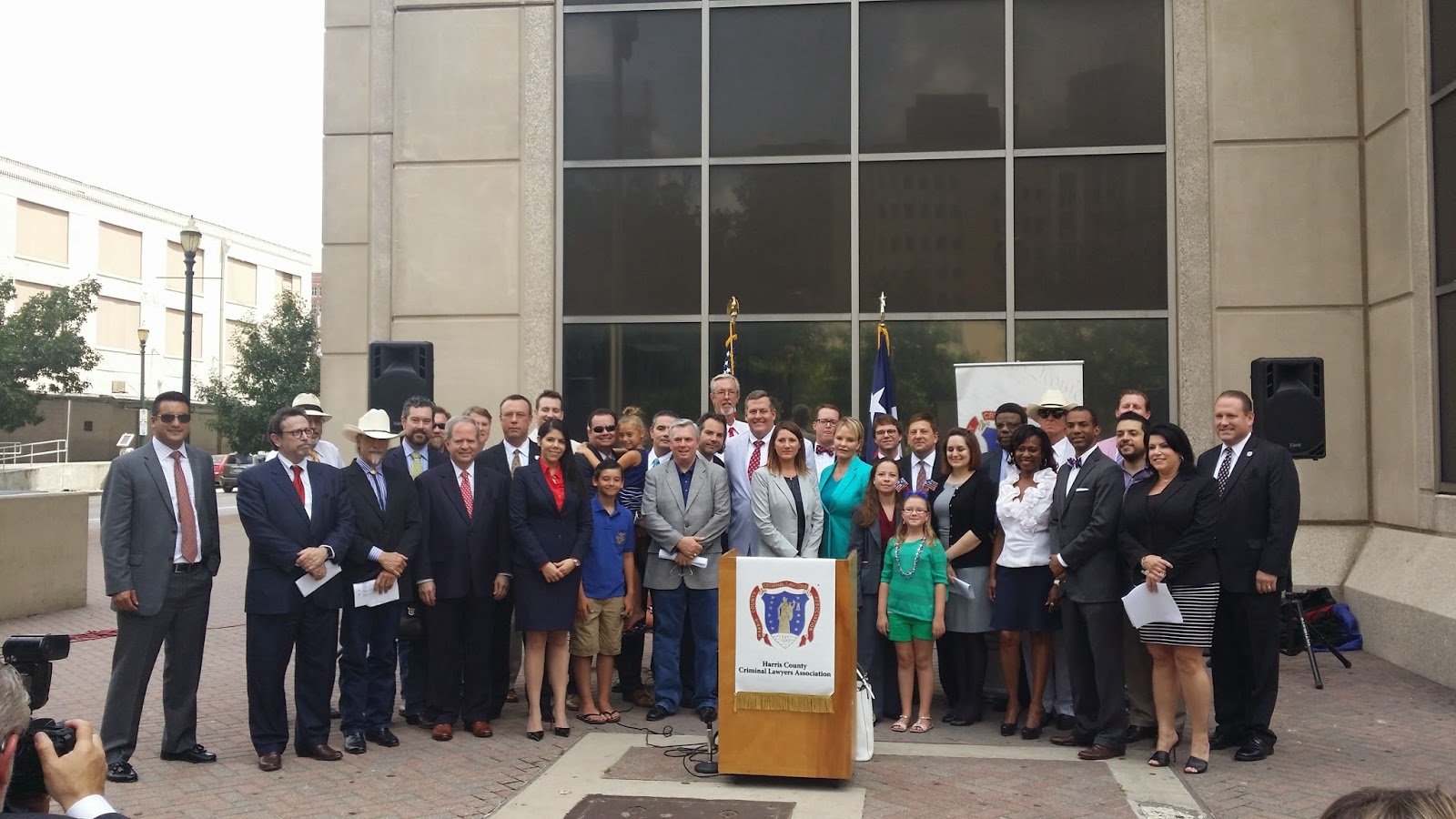 At the same time as the reading in Houston, there were readings at 73 other courthouses in Texas.

The reading is a powerful reminder of what the Fourth of July is all about and why we do what we do. It's an event that pulls us together and gives us a little kick in the ass to motivate us. It's also a stark reminder of how different things were 239 years ago.

Of course I would be remiss if I didn't point out that it was a roomful of wealthy, white landowners who signed the document and their promises of life, liberty and the pursuit of happiness didn't apply to women, the poor or those held in bondage.

A special shout out goes to John Raley who worked for years - for free - to obtain the release of Michael Morton. There is no higher reward in this profession than seeing an innocent man walk out of prison. 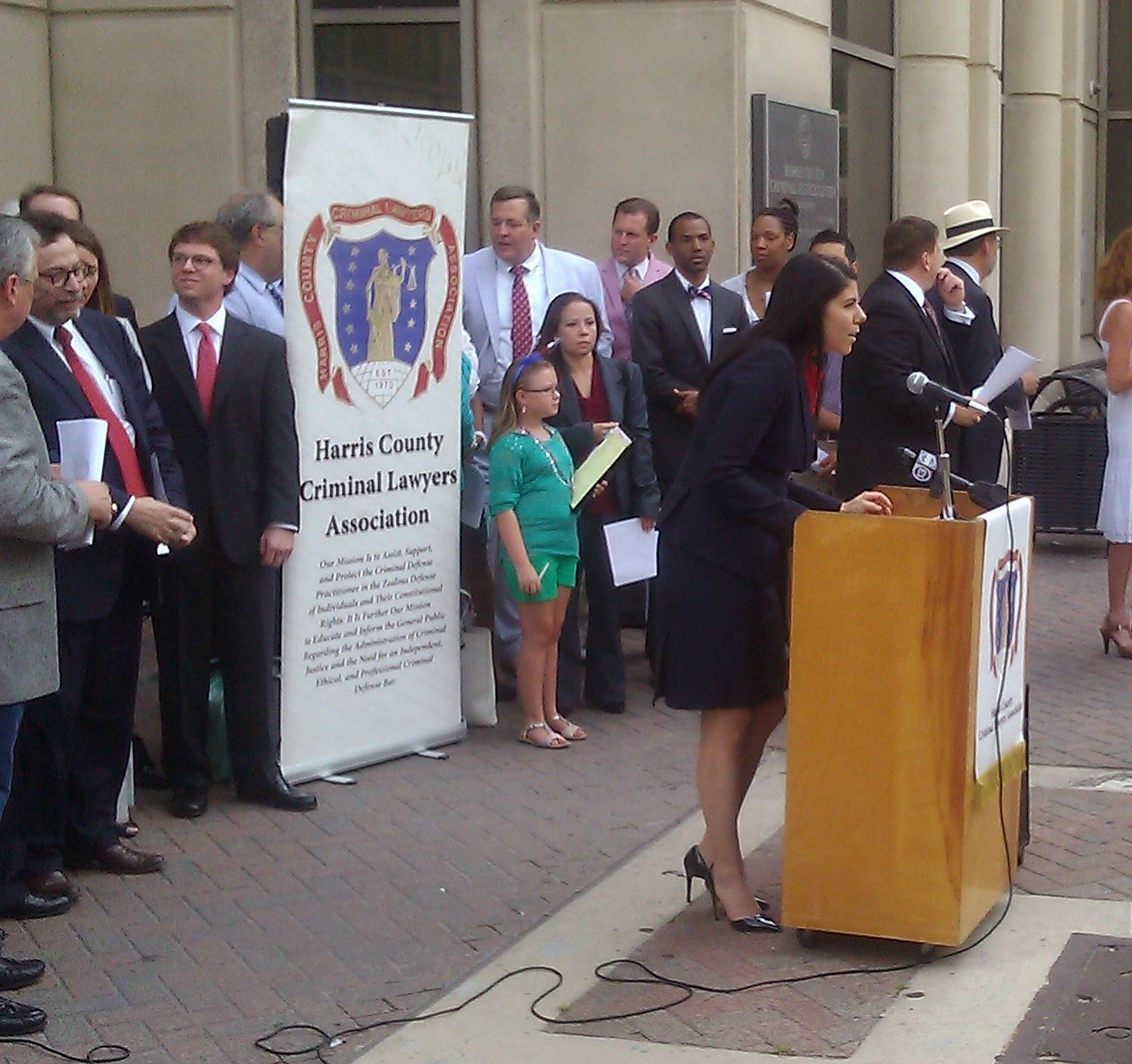 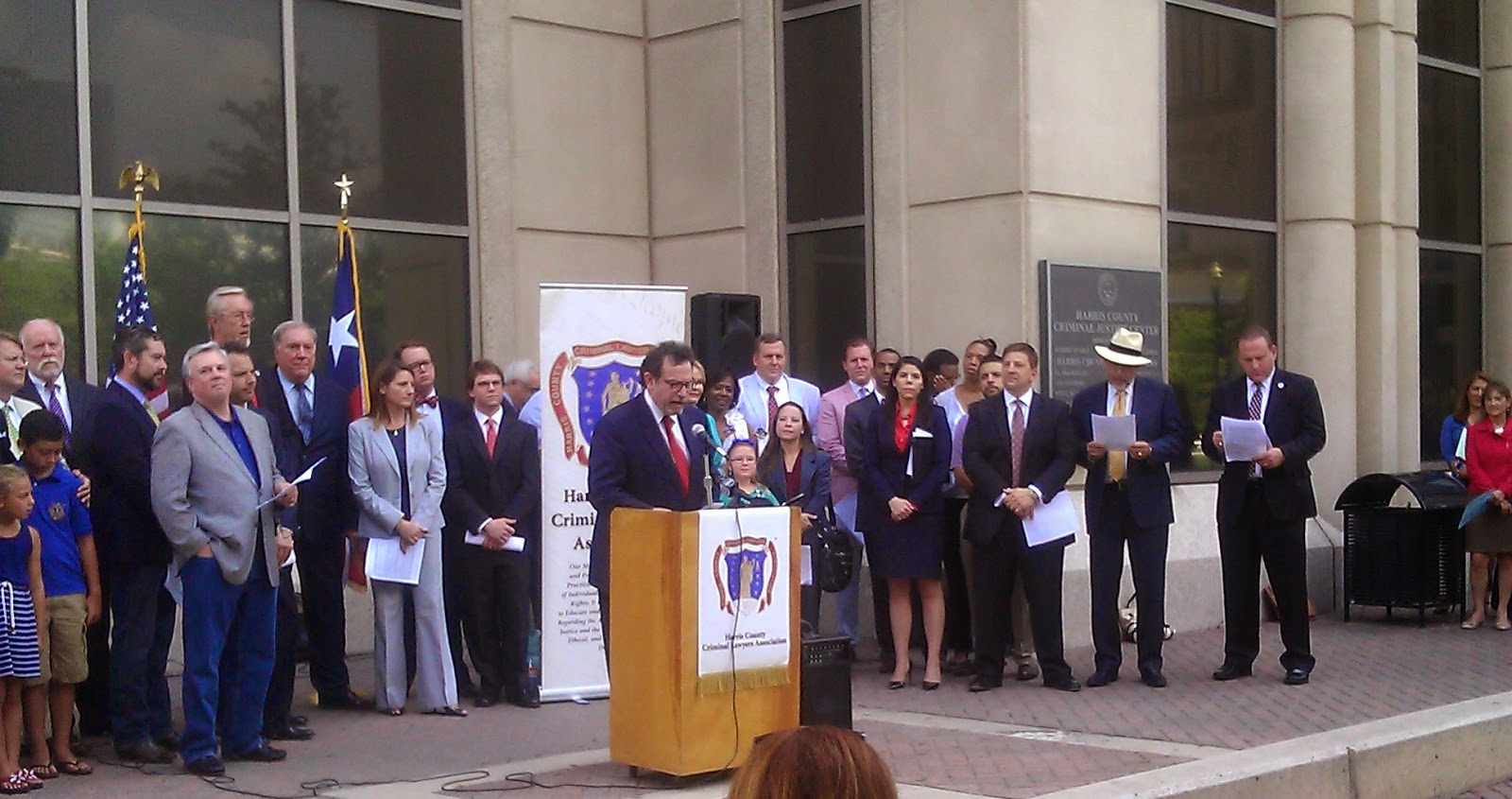 But it's not all fun and games for down here in Houston we are in the midst of (yet) another No Refusal Weekend. The other day Mayor Annise Parker and the police got in front of the media and explained why we just need to pretend that the Fourth Amendment doesn't exist on Fourth of July weekend.

The anecdotes are horrific. There is nothing amusing or fun about folks dying in a car accident because someone was intoxicated. But there is also nothing to celebrate about making a mockery of what this holiday is all about. The Founding Fathers put their lives on the line by signing a document that laid out the abuses committed by the British government. Our own elected officials pat themselves on the back for conspiring to violate the Bill of Rights.

An interesting side note to all of this was former Harris County prosecutor (and current Montgomery County prosecutor) Warren Diepraam's appearing on KUHF's Houston Matters yesterday in which he told the radio audience that there was nothing wrong with having a drink or two with dinner and then getting in the car and driving home. I would like to hear Mr. Diepraam square that statement with the fact that once an officer smells alcohol on a driver's breath - and once that driver admits to having had a "couple" of drinks - that the investigation is over and someone's going to jail.

The other day while I was watching the US play Belgium (and apparently forget that the object of the game is to score a goal), I met a police officer from New Zealand who was here on vacation. He was amazed at how different the rules under which the police operate are. In New Zealand, for instance, an officer can pull any motorist over at any time to test them to see if they are legally intoxicated. No reasonable suspicion, no probable cause. No nothing. Get in your car to leave the bar and you just might be the unlucky soul who gets picked to be tested.

That's not a system under which I wish to live. But that's where we are headed with drunk driving laws. When we demonize one crime, we make it that much easier to take away the rights of folks accused of other crimes. Is that how we want to celebrate Independence Day?

The point of a criminal court is not to punish the guilty but to protect the innocent.