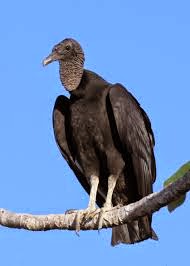 Back in 2001 Argentina defaulted on its debt obligations due to a cratering economy. Over the intervening years the government reached agreements with most creditors on reducing the amount owed on the outstanding bonds. Some creditors accepted discounts of up to 70% on their holdings.

Now Argentina and its creditors are in negotiations to avoid another default. The original agreement called for Argentina to make a payment to creditors on June 30, 2014. The ongoing litigation prevented those payments from being made. Now, 30 days later, Argentina is on the brink of a second default if an agreement isn't reached by midnight.

I'm not going to beat around the bush on this one. The US courts got it wrong. Investors bought Argentina's bonds because they carried a higher interest rate than comparable bonds in other countries. They carried a higher interest rate because there was a greater chance of default on those bond offerings than in the United States or Western Europe.

When the Argentine economy crashed and country defaulted bondholders knew they weren't getting face value on their bonds. That is the price one pays for receiving a higher interest rate. Institutional investors knew their best bet was to negotiate a discount on their holdings since it's better to get something back rather than nothing. These large investors knew what they were getting themselves into. Wealthy individual investors had access to information and they were well suited to weigh the promised return versus the risk of default.

But the vulture capitalists didn't think the same rules should apply to them. These hedge funds didn't hold Argentine bonds at the time of the original default. They bought them later, at a very steep discount. And why were the bonds sold at such a discount? Could it possibly be because no one expected Argentina to pay the bond's face value at maturity? The vulture capitalists entered into their transactions well aware that they weren't going to get face value for their bonds.

But now a group of greedy capitalists are attempting to hold an entire nation hostage so that they can fatten their wallets.The Era of the Ugly American is live and well.

Email ThisBlogThis!Share to TwitterShare to FacebookShare to Pinterest
Labels: economics